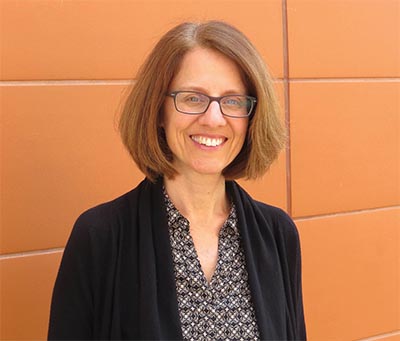 After earning her Ph.D. in Political Science from the University of California at Irvine, Kristen Hill Maher joined the SDSU Political Science department in 1999. She helped develop the graduate Public Policy emphasis and teaches the core seminar as well as electives on migration and comparative citizenship. At the undergraduate level, she teaches the introduction to politics (101), as well as courses on U.S. immigration and border politics and comparative citizenship policy.

Her research has two main areas of focus:  1) international migration, and 2) border politics.  On the former theme, she has published work on the markets for foreign labor and the capacities of migrant workers to claim rights and membership, as well as how migration shapes gender identities.  She has conducted a number of field studies on these themes within Southern California and has collaborated on additional projects in Chile and Thailand.

Studying labor migration led Maher to theorizing borders and how they function to produce and protect inequalities. One project on this theme centers on the context of the neighboring cities Tijuana and San Diego. While the US-Mexico boundary is the best-known line of division there, a 2021 co-authored book (Unequal Neighbors: Place Stigma and the Making of a Local Border, Oxford University Press) instead shifts attention to borders at a local scale. Based on multiple sets of original empirical materials, the book examines the role of place stigma in reinforcing actual and imagined inequalities between these cities. Widespread "bordered imaginaries" in San Diego represent it as a place of economic vitality, safety, and order, while stigmatizing Tijuana as a zone of poverty, crime, and corruption. These dualisms misrepresent complex realities on the ground, but they also have real material effects: the vision of a local border benefits some actors in the region while undermining others.

Based on a wide range of original empirical materials, the book examines how asymmetries between these cities have been produced and reinforced through stigmatizing representations of Tijuana in media, everyday talk, economic relations, and local tourism discourse and practices. However, both place stigma and borders are subject to contestation, and the book also examines "debordering" practices and counter-narratives about Tijuana's image. While the details of the book are particular to this corner of the world, the kinds of processes it documents offer a window into the making of unequal neighbors more broadly. The dynamics at the Tijuana border present a framework for understanding how inequalities that manifest in cultural practices produce asymmetric borders between places.

Maher is currently working on a second, related project on borders at the urban scale, this time examining communities formerly segregated by apartheid in Cape Town, South Africa. While there are complex reasons for continuing inequalities, her research centers on border-making cultural practices and representation.

Apart from her position at the university, Maher volunteers with nonprofit organizations working with refugees and writes and plays music with a local band.