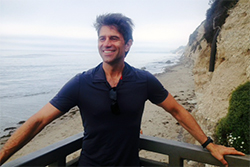 Mikhail Alexseev (Ph.D., University of Washington, 1996) is the Bruce E. Porteous Professor of political science at San Diego State University, where he has taught since 2000. His publications focus on threat assessment in interstate and internal wars, ethnic relations, nationalism, and immigration in Russia/Eurasia, with a special focus currently on sociopolitical effects of the military conflict over East Ukraine. His most recent book, Mass Religious Ritual and Intergroup Tolerance: The Muslim Pilgrims’ Paradox (Cambridge 2017, co-authored with Sufian Zhemukhov), was named the best book on religion and international relations by the International Studies Association in 2019 and won the honorable mention for the David Rothschild’s Prize of the Association for the Study of Nationalities at the Columbia University (2018). He is also the author of Immigration Phobia and the Security Dilemma: Russia, Europe, and the United States (Cambridge University Press, 2006) and Without Warning: Threat Assessment, Intelligence, and Global Struggle (St. Martin’s Press, 1997) and is the editor of A Federation Imperiled: Center-Periphery Conflict in Post-Soviet Russia (St. Martin’s Press, 1999). He has been the principal investigator of a multi-year international research project on migration and ethnoreligious violence in the Russian Federation funded by the National Science Foundation, the John D. and Catherine T. MacArthur Foundation, and the National Council for Eurasian and East European Research (Title VIII, U.S. Department of State). His previous projects have been funded by Reuters, NATO, the Kennan Institute for Advanced Russian Studies, the U. S. Institute of Peace, the John W. Kluge Center of the Library of Congress, the National Council for Eurasian and East European Research, the Carnegie Corporation of New York, and the Pacific Basin Research Center at Harvard University. Alexseev has published articles in Political Science Quarterly, Journal of Peace Research, Political Behavior, Political Communication, Europe-Asia Studies, Nationalities Papers,Post-Soviet Geography and Economics, The Fletcher Forum of World Affairs, and Pacific Focus. His editorial opinion articles on Soviet and Post-Soviet affairs have appeared in The New York Times, Newsweek, Toronto Globe and Mail, USA Today, and The Seattle Times. He is a member of the Carnegie/MacArthur sponsored Program on New Approaches to Russian Security (PONARS) – Eurasia, based at Georgetown University in Washington, DC. He is currently collaborating with the Institute of Sociology of Ukraine’s National Academy of Sciences on research into the effects of war on sociopolitical identities and geopolitical orientations in Ukraine and has conducted extensive opinion surveys, focus groups and interviews, including Eastern Ukraine and the Donbas region. Visit Alexseev’s Russia in Asia webpage and his research project summaries and data on Russia.